Sadly I didn't manage to convert a video file for internetability (been using my puter to edit wedding stuff). So while I was trying to burn the end result of that effort onto DVD (failing sadly) decided to sort out my summer photos of Badlands Science Camp for my upcoming trip into Drumheller.

Now of course that stirred up all kinds of memories. Especially since I had to sort the photos into rough chronological order. It's amazing how bad ones memories for the details are. I recognized most of the kids (though 2-3 out of each group of 24 weren't familiar at all!), but for the life of me couldn't place them with their group (that along remember most of their names). It's funny cause during the summer I typically knew all of them.

So the sorting process was kinda like sedimentary layer identification through index fossils. Only in this case index kids LOL

One category of photos that popped up were the kids creative works inspired by theme. Me and Peter catalogued as many of these as we could for the simple reason they were Hilarius.

Now for those of you unfamiliar with camp themes it's basically an ongoing dramatic skit or almost play going on around the kids that they are involved in. I've done about 2 dozen or so of them now. At kiwanis we'd swap the subject matter, but for badlands science camp we did a single one based loosely on mission infossible (my last video post).

In this theme a palaeontology related badguy threatens palaeontology, and the kids have to help the agents of palaeo central stop them. This year I pulled off my greatest theme ever! Through the casting of an outside actor (thanks again Dan!!!) to play the main villain, and he's sidekicks being very spooky but unidentifiable "Minions" the kids were totally into the crisis. Normally a villain is played by a staff member, and the kids fixate on that fact ("you're the bad guy!"). Remove that one aspect of familiarity from the villain, and the kids totally believe everything going on...

Don't take my word for it just look at these photos (enlarge them... some of these are PRICELESS!) 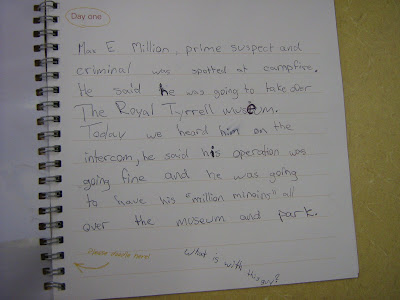 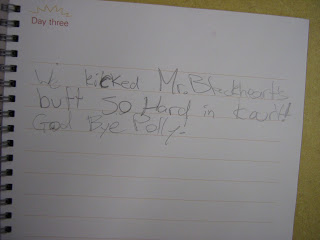 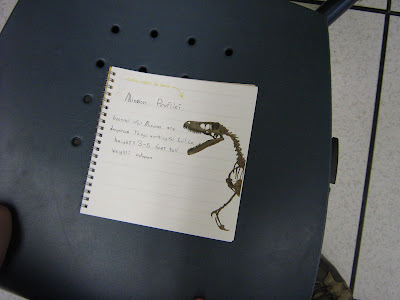 Done in true scientific fashion. Though the actual measurements are hilarious! 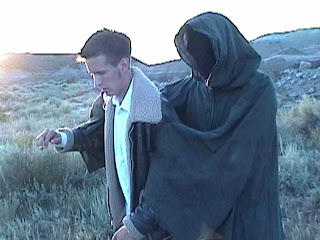 We now enter the drawing and sketching section. For a reference of a Minion here is one giving it's master Max E. Million (Dan) a shoulder rub... Best pic I could find of one sadly. 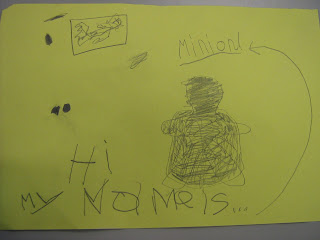 Their mother's need to come up with better names for their children! 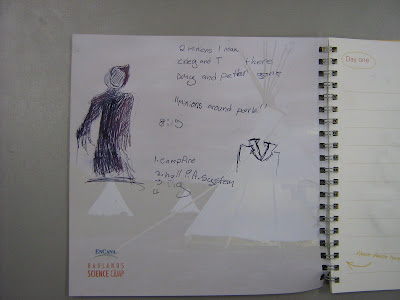 This is among my favorites due to it illustrating theme at it's best. Very little about the Minions is talked about by the heroes (aka camp staff). The kids imaginations run wild, and invent all manner of new characteristics and abilities that Minions have. In this case note the HUGE claws that thing is packing LOL 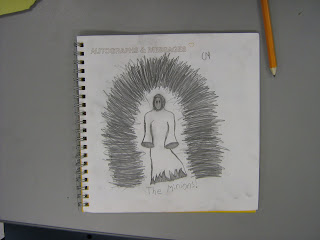 Again their totally hooked. I'm only posting a fraction of these type of Minion portrait drawings me and Peter managed to snap a photo of. I'd find in surprising if any of these kids forget this aspect of camp even as adults: The Minions... 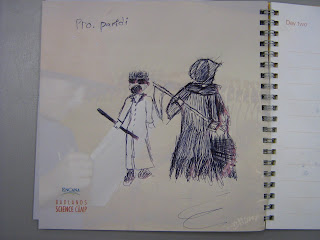 My last example (though I have many more). In this case again you'll notice a new tool for a Minion (that were always unarmed, and untooled). You'll also notice that awesome rendition of the main hero played by myself Professor Paradigm. 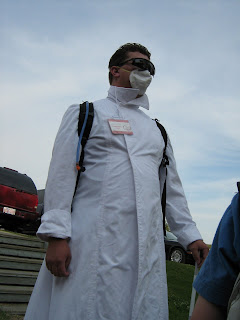 I'm sad knowing that there is a good chance I'll never reprise this role or do another theme at a summer camp again. At least these pics will remind me of a time that I left a real impact on these kid's summer experiences, and possibly gave them a few nightmares LOL

Posted by Prehistoric Insanity at 3:13 PM

Labels: My Life, My Projects

ok that and make an awesome addition to the portfolio