Wow, this has to be the longest time of no posts in this blogs existence. Just over a month!

All I have to say is that a 6 day work week is not very conducive to a lot of spare blogging time sadly. In good news I won't end up on the streets or hungry anytime soon!

Anyways thought I'd do a quick recap of my two "long" weekends, as they're where the only interesting and/or exciting things in my life have gone down. 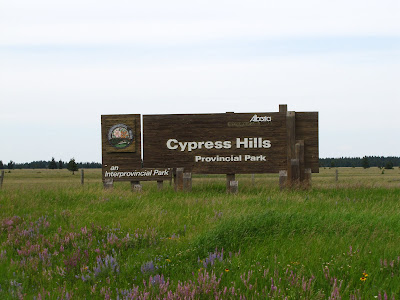 So on the first weekend of August I decided to take Lady R to Cypress Hills Provincial Park. She'd seen tons of the Foothills and the Rockies, but not much of the prairies Alberta's other major terrain. 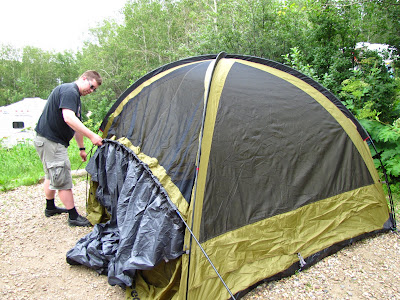 So we got out our trusty tent from New Zealand for some good old camping. 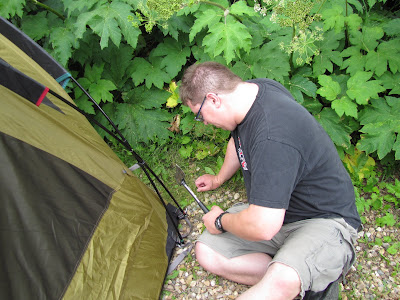 Apart from forgetting my hammer (I had an inkling I'd need it), and having to borrow a hatchet from a neighboring camper to peg down the tent, there were no incidents on this front. 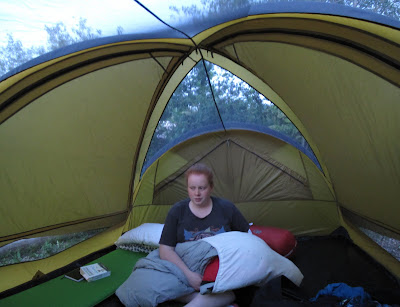 We are both really happy with the tent, and while it is technically a bit large for just the two of us it affords a lot of space. Which is nice. The other feature we liked, and took full advantage of for the first time was the star gazing roof. You can remove the main canvas and watch the sky through this heavy mesh.

Why Cypress Hills? Well for one it had open campsites on the long weekend. Second it is a truly unique area in the Prairies. While the majority of the area was completely flattened by glaciers during the ice age, Cypress Hills was a lone "mountain" in the area as the glaciers couldn't quite erode them. So to this day it stands towering over the rest of the flat surroundings.

Sadly due to the ongoing forest fires in British Columbia, we couldn't quite see the curvature of the Earth that I fondly recall from this lookout.

While many areas of the Cypress Hills are as beautiful as I remember them, I forgot just how MUCH of it is developed for ranching. So after a few days we got bored of driving through acres and acres of cattle pasture (that and all the moose were hiding in the woods on account of the wet year, and not needing to venture where people are).

On the far side of the Saskatchewan side of the park we made a rather exciting discovery (for Lady R in particular) of a National Park dedicated to the first real RCMP fort in Canada. Granted had we researched our trip this wouldn't have been a surprise. As it turned out it was a rather nice surprise for the both of us. Though definitely more so for Mountie obsessed Lady R.

Having exhausted Cypress Hills we decided on our last full day to push into Saskatchewan. My major objective was to reach the East End T-Rex Research Centre.
Here is the majority of the facility in all its glory. While it was rather cool museum, though I'm not sure if I was happy paying $8.50 for each of us!... Though the money goes to a good cause. I point out again this photo is pretty much the whole place (minus the prep lab, behind me in this photo, and the auditorium which shows a 30 minute video on Sask palaeo). It might be a little over priced (considering the Tyrrell is only a $1.50 more for about 20 times the displays!). 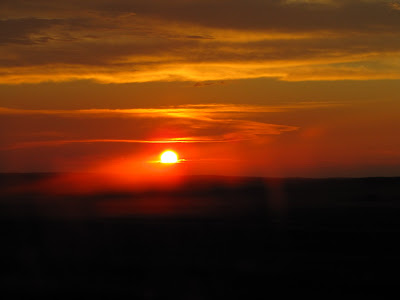 If not for the major thunder storm system that was suddenly chasing us this day, we might have ended out Sask exploration at East End. With the weather being rather miserable behind us we pushed onward... As far as Moose Jaw, which is 2/3 of the way across Saskatchewan. This made it a pretty full on day.

The biggest event of the trip (and probably the year for us... and yes I'm comparing this to the Olympics) occurred on the way home with the view of this sunset.

I will not tell what happened this post. You have to guess, and in my next post I'll cover the huge event that occurred to me and Lady R here. (People who already know are NOT allowed to blow the surprise!)

Sadly long weekends don't last forever, and so on our last day we had to make our way home again. I however didn't feel like proceeding the normal way. Rather we skirted the Montana border, hitting all the sites me and Bond didn't hit in our 2006 road trip to Devil's Coulee.

One stop that I was rather pleased about was our brief stop at Red Rock Coulee. I'd seen pictures of it at the Tyrrell, but never found out where it was... Till this weekend.

Shortly up the road we visited Writing On Stone Provincial Park. Man I wish I'd made the trip sooner! It was spectacular!

Both Red Rock Coulee and Writing On Stone were much larger and impressive versions of some of New Zealand's most famous geologic attractions. I find this kind of ironic, and am glad on the one hand I saw these after NZ (as otherwise I would have been disappointed down under). It proves what I've been telling my Kiwi friends though, despite New Zealand being a great Middle Earth, the LOTR films could just as easily have been filmed in Canada! 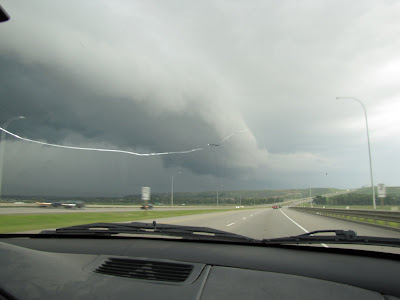 Sadly the very intense rain systems caught up with us on this last day, and we drove a gauntlet of 4 really intense storms. 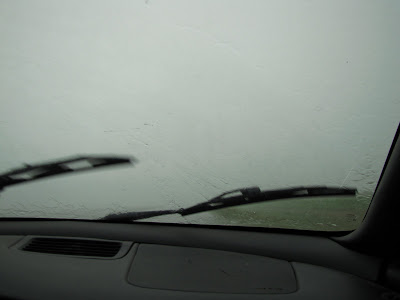 Three of these were so bad I had to slow right down on the highway due to reduced visibility. In typical fashion right as we arrived in Calgary we hit the worst of the lot, and it lead to the scariest moment I've had in a car in a long time. Giant pools of water collected on the road, and a truck beside us hit one sending a huge sheet of water to envelope my car, making us blind for 4 seconds at about 70km/hr!

We made it home safe and sound in the end, and apart from this finale, it was a very worthwhile and fun trip!

More to come soon...
Posted by Weapon of Mass Imagination at 6:19 AM 5 comments: