After months of just leaving the Minmi model in neglect, for a laugh and giggle I decided to do a test render with it over a photograph back plate. I also threw my new lighting skills at this composite, and boom... My favourite Dinosaur composition ever (not my favourite composition ever, but definately what I feel is my best Dinosaur yet). This was just supposed to be a starting point, not a final product! 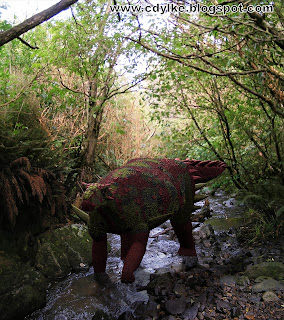 Had sometime in between dwindling classes to play today. 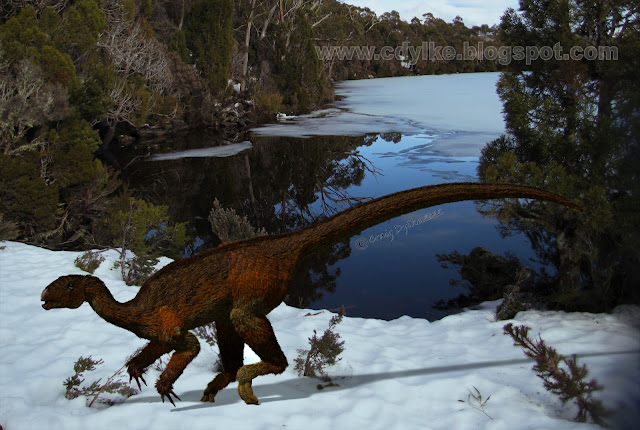 How does this look?
Posted by traumador at 9:54 PM 1 comment:

A Guardians of the Galaxy Movie?!?

In one of those weird sort of moments, while reflecting on my favourite comic properties (I was coming to the conclusion most of my tastes beyond Batman and the Hulk were very obscure characters and parts of the Marvel and DC universes) one of my all time favourites has just been slated for development into a live action motion picture...

These heroes and their book would be Marvel's Guardians of the Galaxy.

They are not a set of characters I would have guessed getting a movie in a million years. Yet it is looking real. I guess I shouldn't be surprised. If I like them they must be good :P

Seriously I see them as working well in a film if developed right. I'm not sure if they'd work or should be mixed with the current running Marvel film franchise, but with the reveal of Thanos they could be made to work... I guess.

The point of this post in a round about way is to get it on the record early I liked Guardians before they were mainstream cool :P

So long as the film is loyal to Starlord (a must!), Rocket Raccoon, and Groot all pictured above with Moondragon (who I couldn't care less if she was in the movie or not) than it should be good. Add in Cosmo the telepathic Russian Cosmonaut dog and I'll be very happy indeed.
Posted by traumador at 12:06 PM No comments:

I've been tinkering and building up to putting together a book on New Zealand Dinosaurs. Adding incentive to this effort is an offer/request I got from New Zealand. I can't/won't go into detail about it yet, but needless to say I need to finish up my last few NZ Dinosaur models quick (in good news they are all in a mostly complete state).﻿ 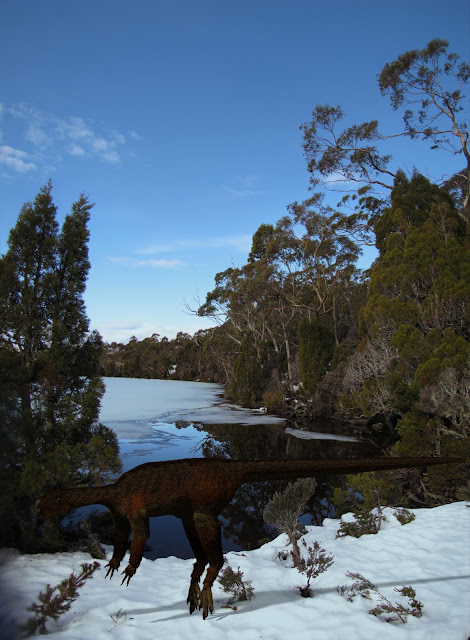 What you do when your franchise phases you out...

Well since Ridley Scott has decided he no longer needs the Alien in his Alien movie Prometheus, did you ever stop to wonder what the poor Xenomorph is doing with itself these days. 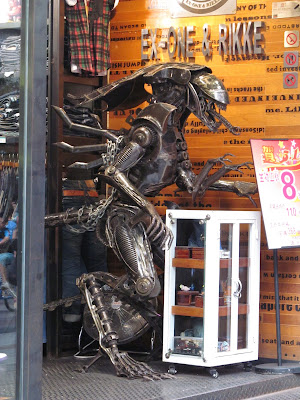 Well these days you can find the Alien selling jeans in mainland China. I can't really blame him. When your franchise goes from versing Predators to LOST in Space (which is a worse fate than Lost in Space) you might want to lie low.
Posted by traumador at 1:40 PM No comments: 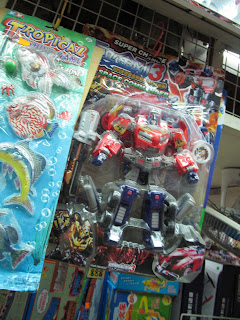 From the hit movie Super Change 3
Posted by traumador at 1:27 PM No comments:

Just as I'm starting to run out of Transformers ripoffs it appears I have a new series of counterfiets to document.  The Avengers knockoffs appear to be hitting the streets.

I ran into two different ones yesterday. Sadly due to major rain they were ducked off under cover (and thus more closely guarded by the stall operator) so I couldn't get great photos. I did manage to snap the highlights. 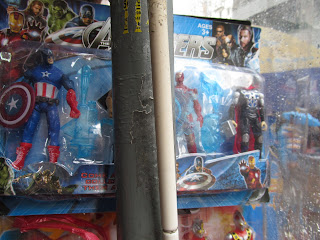 So here is a taste of hopefully things to come. Couldn't manage better than this given the circumstances (note the rain drenched cover on the right). 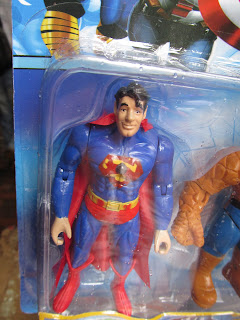 One set of these Avengers held several none Avengers like the Thing and Superman. The Superman was too dopey to not photograph. 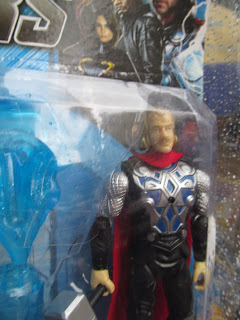 My favourite had to be the french Thor...
Posted by traumador at 1:21 PM No comments:

I wish I could have probed this stall more, but the vendor wanted to chase me off as it was. Despite clearly being a Dinosaur Train dino it is merely called Big Dinosaur. Though my favourite part is the Interaction clearly marked on the box. ﻿ 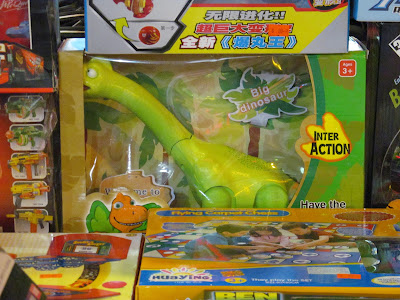 Posted by traumador at 1:10 PM No comments:

It's been about a month since the movie came out and I got the album. I haven't been avoiding the review of probably my most anticipated soundtrack of the year (though if Ice Age 4 is by John Powell I am quite keen on that new entry of that franchise), but I've rather been very very very busy with work. I find myself with a quiet morning, and no 3D capability (F%*King Carrara is malfunctioning yet again... proper rant post coming soon) so I figured a quick review of this album fit into the schedule.
Marvel's Avengers the soundtrack. The movie lived up to expectations, and frankly exceeded them. As this was a Joss Whedon film that was no real surprise. The score had equally, conceptually, big shoes to fill. The Marvel film franchise has been a real mess when it comes to sound identity and unity, and Avengers was a formal combination of all the elements. Could the soundtrack somehow combine the whacky variety of music?

The short answer no. Was Avengers the score a disappointment﻿? Not entirely, but it wasn't all it could have been either.

The short summary of Avengers musically is it has a very strong theme, but the rest of the score is recycled and watered down versions of older Silvestri albums (Mummy Returns comes to mind in particular).

Where Avengers soars is the team's theme. While it doesn't blow classic themes like William's Superman or Elfman's Batman out of the water, I think it is just as functional and enjoyable as these. Time will tell if it becomes one of the great superhero themes (I suspect so, given the popularity of the film).

It is a perfect musical structure that captures the bringing together of power. While the rest of the orchestra plays a supporting role, the brass takes on the identity of our various heroes and their coming together. One brass section will call out to the rest of the brass, and after a short pause a stronger reply will come back from the other sections until all the brass has joined into the anthem. It is pretty powerful stuff. It reminds me of the opening theme to season 1 and 2 of Bruce Timm's Justice League, though they are very different in tune the construct is similar.

However apart from the heroes theme this movie falls flat on its face everywhere else. The underscore is bland and uninteresting, and the villians get absolutely no memorable material. The action music is watered down and less interesting variants of earlier Silvestri scores. The only exception is when the heroes fight each other in the middle of the film. If the rest of the battle music were of the quality of "Don't take my stuff" Avengers would be a much stronger album overall.

So apart from the strong theme Avengers is a real dud. The theme is quite worth seeking out though, but don't expect anything outside of that.

In the overall Marvel franchise I have to say Captain America remains my favourite overall entry, but Avengers theme is the best thing to come out of the series music so far.
Posted by traumador at 9:30 AM No comments: