So I had my first ever proper teaching job interview yesterday. I am not sure how it went yet, but keep you posted.

For some stress relief, I finally got to some 3D work done.

I can not talk about what this project is for, other than it is aiming to be in a formal publication. All I can say is it involves an Ornithomimid.

This is a Dinosaur I've never built properly before. Despite this is really is just a stretch and distortion of other theropod body types. So I just modified my Deinonychus into this...

Now is this just me, or does this not look right?

Seriously the whole thing just looks out of proportion to me. Yet, apart from the hands, this guy is total to anatomical specs. Seriously.

So am I the only one who thinks this fellow just looks wrong. I'm sure once it is posed he'll look better.

To prove he is correct here is my procedure.

Here is what I manually created initially based on my guts (which if you're wanting to be a serious palaeo-artist... you should never do!!!). It looks more like a Therizinosaur.

Well to get me in line with reality, I throw up a real Ornithomimid skeleton for comparison. Which shows you why I think the real proportions are so weird.

You can see exactly what I think the key features of an ostrich Dino are. What is weirding my out is how the neck really isn't as long or robust as I have pictured in my head. They are actually proportionally very small and skinny compared to especially the legs (which makes sense given they were the fastest of Dinosaurs).

After a few tweaks (and in a couple cases major overhauls) I narrowed in on the proper ratio.

So I just need to fix the fingers, and maybe the tail.

Leaving me again with this fellow. Who just looks weird to me...

Wish my luck on the project, specifically getting the gig.
Posted by Weapon of Mass Imagination at 2:38 AM 3 comments:

Well my talk at the Tyrrell has come and gone. From all the feedback I've heard thus far, it was well received by scientist and general public member alike. Thanks to everyone who was able to make it (and if you didn't make it, no worries. A mid-Friday time slot on the same day as 10cm of snow. You've got plenty of good excuses :P).

For those who missed it (or want to see it again... minus my laser pointing) here is the talk with my audio and slides.

Sadly it might lose a bit without the laser pointing. Oh how I love my laser pointer :P
Posted by Weapon of Mass Imagination at 11:08 AM 1 comment:

I'm giving a talk at the Royal Tyrrell Museum!!!

If you have nothing else to do this Friday the 14th at 11am and find yourself in Drumheller Alberta, why don't you pop by the Royal Tyrrell Museum for my upcoming talk on New Zealand Palaeontology.

As I know for 99% of you this will be impossible, no worries. I just thought I'd put it on the record that I'm going to be an official part of the Tyrrell's speaker series. 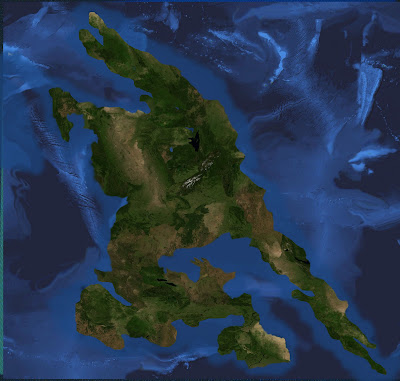 My talk is a general overview of New Zealand paleontology, with a particular focus on what kiwi fossils do or do not tell us about the evolutionary influences of island isolation.

For the majority of you who won't be able to make it, I'm in the works of seeing if I can record my talk and post it here. I haven't had official word back yet. So I can't make any promises.

Posted by Weapon of Mass Imagination at 2:34 AM 4 comments:

Man I can't believe what a bust 2010 ended up being for me artistically and creatively. I not only was not able to really push the boundaries of my current skill set, but I was unable to keep up with my ongoing projects.

My attempt at doing Dinosaur Olympics has almost all but killed my interest in the Traumador saga... Though to be fair a combination of failed photo shots here in Canada, a collapse in my envisioned future of Traum's storyline, and most critical of all no free time (on account of the most temporally demanding job I've ever had!) were more at fault than the Olympics themselves...

Point is I'm taking a break for the next couple of months from Traum's storyline. My apologizes to those out there who really enjoy this part of his blog. However I have neither the drive, energy, and most important interest at this stage. Honestly to do it right I need these things. I'm not saying I'm throwing in the towel on it altogether. I am just taking a break until I can sort out my issues (that being mainly my current job, which will end as of June this year one way or another!!!).

Not to despair though. I'm far from abandoning Traum. If anything I'm putting more energy into him compared to at least 2010 (and 2007). Though I like how the character has grown on the web, I do miss a key part of his roots. That being him in lots of silly videoes.

As there is no way I can see me combining Traum's storylines with video (just making some of the still images for posts was killing me), I'm falling back to when he was doing palaeo science stuff. I have some real treats and surprises for you guys already filmed, and a bunch more coming up for filming in 2 weeks. So stay tuned.

My hope is that I can finally create a real following for Traum. He currently only really has a couple dozen (at most) loyal readers. I'm hoping to up his exposure, and try to establish Traum a legit place in the palaeo-blogging sphere. While I'm a medium level blog out there, this is more just due to Traum's running time. The longer a blog is maintained (Traum's going on the 5th year here!) the more prominent you become. While this has helped, I've hit a wall in the last 1.5 years growing him. So I feel a new direction is needed to try and get some new people reading/watching him (plus than they'll hopefully go through all the old content and ask for more...).

The other reason I'm stepping back from Traum's story is that it eats up about 75% of my creative time and energy. Up till now that was fine. It had plenty of skills sets embedded in the art that were forcing me to grow and learn new things. However at moment I feel very comfortable with everything and anything I've needed to do for Traum's story pictures. Now I'm craving leaving my comfort zone. Especially as I have new "toys" as of X-Mas to play with. 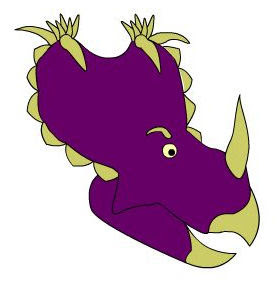 The first of these is Adobe Flash! I have quietly been wanting to learn Flash forever, but never gotten serious about it mostly due to not owning the software itself. Now that is no longer an excuse due to the generous gift from my parents.

So I've purchased a teach yourself the program book, and so far I'm ahead of the game! This Ceratopsian (bonus points if you can ID it in the comment section) is my product from a lesson supposed to teach me how to build a simple tea cup. So I'm optimistic I will pick all up fairly quickly.

It helps that Flash's hardest functions and tools are from both photoshoping and 3D animation. So I'm already pretty competent in both... Keep you posted.

My direct Traumador project is trying to take this play logo from Dec, and turn into into something more cute and funny. 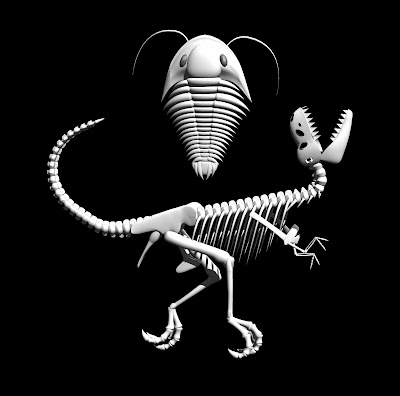 This is where it currently stands as it were. 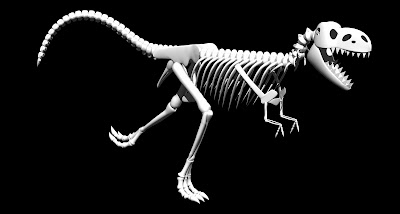 
Animated it. This will all be directly tied to the big new ongoing monthly Traumador feature... However you'll have to guess what for now.
Anyways back to tinkering.
Posted by Weapon of Mass Imagination at 9:24 AM 1 comment: