I haven't posted on my life in a while, and like usual I've been accumulating events and happens.

Despite the time gap in my posts and this build up of life, there is surprisingly few concrete things for me to actually report.

Like all things government and paperwork this is taking time. The fact that my current efforts to work in New Zealand are combining the two is just making it more long drawn.

That's fine. I'm a patient person, and in some ways I'm in no hurry.

My two big outstanding issues are needing to get the university to sign off on my education diploma being finished, and my health exam.

As the universe seems to be playing out both should fall into place early next week. So till than not much else for me to say other than : Work in progress. 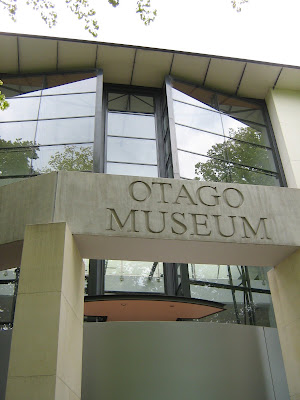 The biggest progress thus far is the Otago Museum having some job openings.

Discovering the day OF the deadline about them I managed to fire off applications for these positions in time and get them in (with a whole 40 minutes to spare of the cutoff).

So hopefully this leads to an interview. 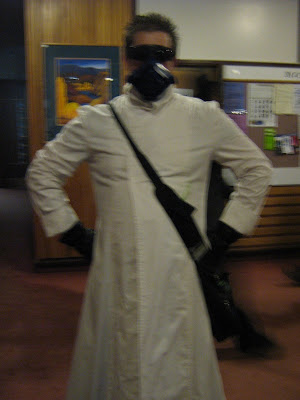 Recently the hall had a bar crawl, and though this is not the usual kind of event me or my fellow "senior" students (90% of the hall's population is 18 yrs old or below) would partake in, this one was a superhero themed one. The lure of wearing a superhero costume was too much for us. So we had to go.

I myself came as non other then upcoming Traumador "hero" Professor Paradigm. 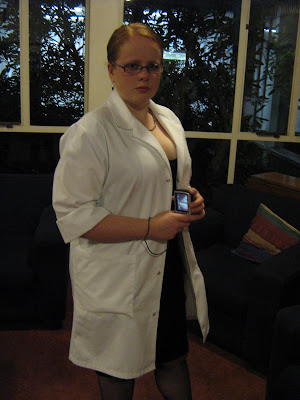 Rhonwyn came as my lovely assistant... Not that she isn't lovely all the time ;p 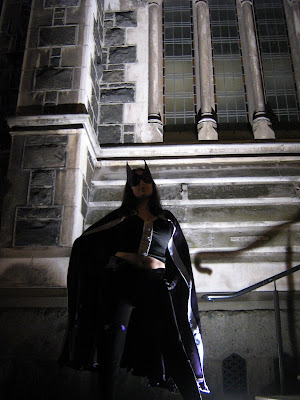 Recently I've addicted Claire to my favourite comic series Birds of Prey, and as a result she spent all week putting together this amazing costume. The only downside she had a training secession that night, and only made it for 20 minutes of the event... BOO!

On the other hand the walk home by the old Gothic style church in town led to this awesome as photo, and we'll probably go take some better ones in the near future. 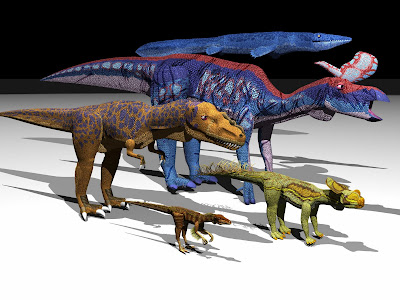 I've been lately comboing my free time activities to be really productive (though maybe not environmentally friendly) to get some ubber 3Ding work done.

Included in this is a bunch of Dinosaurs for the new direction of The Tyrannosaur Chronicles soon.

Me and Scott have started work on a second childrens book that we're hoping in combination with the first to approach a publisher with. Can't say much more on this at moment as it is Top Secret till it gets either published or rejected.

Posted by traumador at 4:34 AM No comments:

The drought of good TV hits a new depressing level this week. Brett Butt announced that 2009 will see the end of one of my all time favs Corner Gas.

I still remember getting into the show with a marathon of the first 2 seasons with Dan and Kristen back in Drumheller in 2006. One of the funniest shows I've seen in a long while. Made all the better by being Canadian of all things...

Alas as the saying goes "all good things must come to an end", and frankly that's the take Mr. Butt is taking. Leave the game while you're ahead. Which I do appreciate. Far too many of my other favourites were run into the ground after they'd run their course.

Still that leaves me with... well frankly I can't really think of anything I'm dying to watch from the TV anymore. House is fun, but my life doesn't end if I don't watch it... Oh well there is this one place that has TV I do love to watch, and desperately wait with anticipation for (like it should be)... a far away island, you might have heard of it, Britain. I've got more Primeval and Dr. Who coming soon. So I guess it'll be okay.
Posted by traumador at 9:10 AM 2 comments:

Things are starting to fall into place for my completing my Education degree, and as of such I've taken the weekend off before one last bought of paperwork and admin stuff this week. Followed by the oh so fun prospect of finding a place in the real world. I will be doing formal post on my graduating, but as it's not quite formalized I don't wish to jinx it just yet.

Instead I'll just plug the Prehistoric Insanity Blog which is covering one of the products of my break time. Haven't had quality 3D time in a while so I conjured this up. 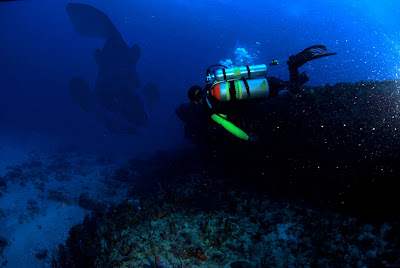 You can get the whole behind the scenes and blow by blow of how I made this little pic by clicking this link.
Additionally me and Scott are starting work on a new book today, and having been getting amazingly positive feedback from people we've shown the first one too. We're planning on hammering out 3 and presenting them as a package for publishing.
Posted by traumador at 6:47 AM No comments: