After much speculation and uncertainty, an expedition searching China has confirmed that the Baiji River Dolphin is functionally extinct. The last formal census of the species confirmed a small, but theoretically savable population in the late 90's. This new search has shown that even if a few animals remain alive and undetected, the population as a whole is not diverse or large enough to mount a viable come back. 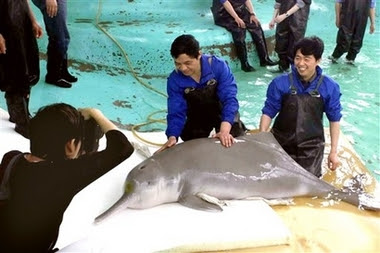 Posted by Prehistoric Insanity at 7:00 AM

Hmmm, this is sad...the largest mammal to go extict in our lifetime.