There are those that say...

One of the most hilarious and delightful discoveries I've made in Hong Kong was a public sculpture on display in a metro train station... 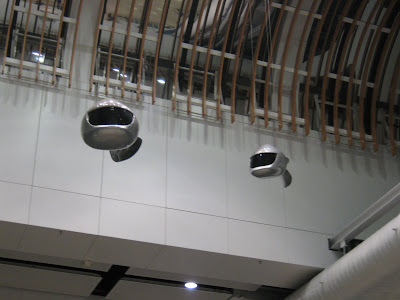 A bunch of "Stig sperm" floating around the roof... 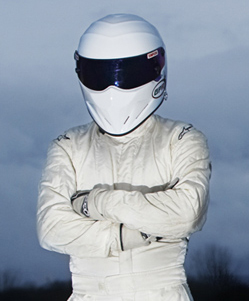 For anyone unfamiliar is who or what the Stig it, he is the mascot/test driver for the British car show Top Gear. In reality the Stig has been a number of professional car drivers whose identity has been hidden by the jumpsuit and helmet combo above. However this "character" has proven so popular the show has maintained a running mythology about him.

In every episode the Stig is introduced as Top Gear's "tamed racecar driver" and than various silly facts are stated about him introed by the line "there are those that say". Well I have a new one totally in the spirit of this list.

"There are those that say the Stig met the love of his life in the form of a Hong Kong Metro Train, and their offspring can be seen to this day at Mong Kok East station." 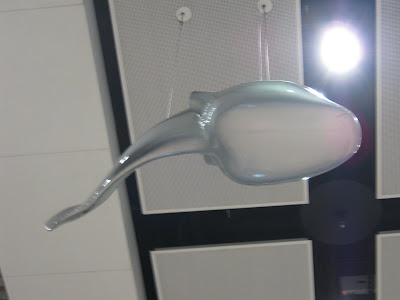 I think they were aiming for train tadpoles or fish.

All I know is I was laughing for a good 30 minutes after seeing them!
Posted by Weapon of Mass Imagination at 7:32 PM