Its a little over due, but here is my official first update from Hong Kong.

So a quick recap. At the end of June both myself and Lady R wrapped up our life in Canada (the downed economy was hitting us both pretty hard), and went on a catch up visit/wedding celebration trip to Australia. Hanging around R's old haunt for two months we were starting to get very worried about what the future held in store for us.

I'd had a (what seemed like) successful interview for a teaching position in Hong Kong back in March. However as of the end of August still no word from them (in fact here somewhat into October, I'm still getting emails saying they MIGHT be hiring this fall... grrrrrr). As we were beginning to give up hope, one of R's friends here in HK sent out a generic call looking for a teacher willing to relocate to Hong Kong...

So with that custom made call/job, we relocated from Hobart to Hong Kong in 4 days. Less than 24 hours after that I was in the classroom teaching... A bit intense, but way better than my Canada job, let me tell you!

Now a bit over a month into it all, I finally have proper internet at home, and can now share all my adventures! 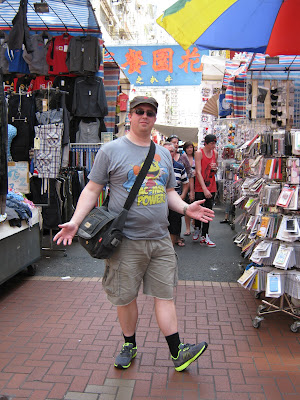 Here I am in Hong Kong mode, funny enough infront of one of the MANY local markets. Note my shoes (Tron trimmed I call them) all the cool kids around here wear them. My China flavoured red army hat to keep the sun off my head. This not quite a true local article of clothing. In fact regular HKers would not be caught dead in one, but they all laugh when I wear it, so it evens out. 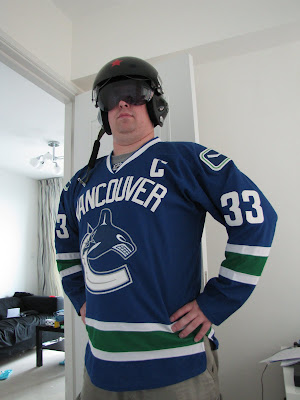 First thing is this place is geek paradise for, well, junk... and I do love my trinkets!

Here I am modelling some of the cool stuff I've been picking up (even just because we could never afford to do anything like this in Canada!)...

I suspect there will be many posts just about the markets, and the cool/odd/amount of stuff they sell...

This is my hood. While it looks very urban (and it is!), this is considered the very far burbs of HK. We are one step short of the northern Chinese border. Yet despite this we're only an hour away from Downtown due to HK's amazing public transit system!

I will get around to some posts about the neighborhood and area soon... 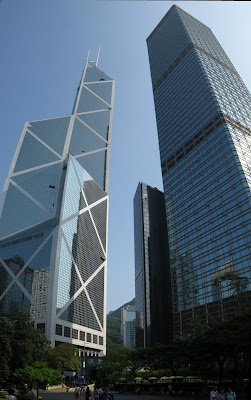 So while I don't live anywhere near downtown, I've been to it now many times. Some posts and adventures from there soon! So yeah, this is my new home, and I hope to share it with you as I discover it myself!
Posted by Weapon of Mass Imagination at 3:11 PM

Cool to hear from you!

Thanks. It is good to be back!

I wish I could deny an addiction to the web, but I'd be lying!

The past month has been tough let me tell you.

Good to see things are turning out great!