Mid-Autumn Festival: Around my place

I'm going to try and catch up my Hong Kong adventures here on the blog in the course of the next week. Possibly a herculan task, but I'll give it a go.

Almost immediately after arriving in HK, our local park began major preperations for the big mid-autumn festival. Two weeks to the day of our arrival I had a day off school, and we were able to take in this local cultural tradition.

It is celebrated by the lighting of lanterns everywhere. The ones in our park were a bit above and beyond. I'd call them carnival float sized rather than lantern, but that is just my opinion.

There is a story behind all the creatures and characters you see here. The problem is no one can or has properly told me...

My wife attempted to tell me from memory, but it reminded me favourite retelling of the Scorpion and the Frog ("There was this Frog and Scorpion once. I can't remember what happens, but the Frog dies, so we want to be the Scorpion").

The story revolves around a girl who goes to the moon (for some reason), and it has something to do with rabbits.

The white sphere you see in the middle of that menagerie of lanterns is the moon. 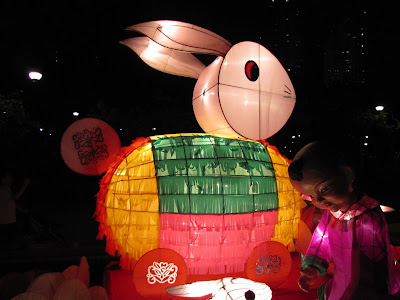 As promised here is one of the many Rabbits. Although unhinted at in the brief story I was told, these Rabbits have wheels. Literally! Look at him! I've seen many like this around town too! 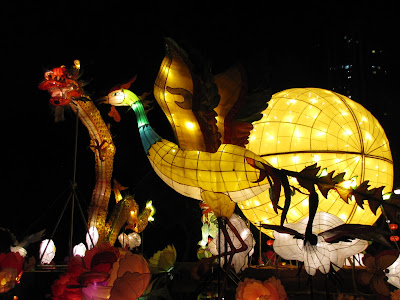 So that's really all I can say of use about the reason behind the festival (for now). 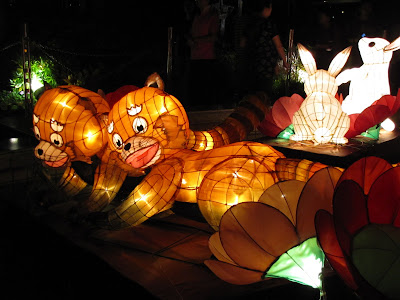 It should be noted that this was quite the large setup. The lanterns were setup along the main thoroughfare of our park that has about 20 fountains along the 1/3 km path. 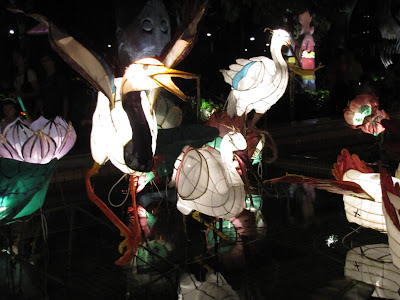 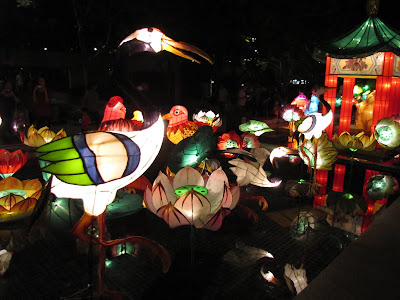 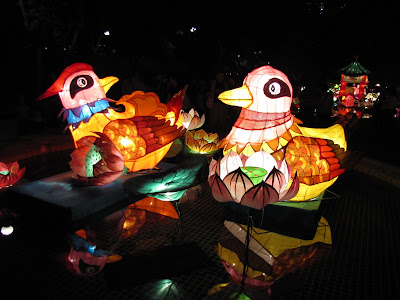 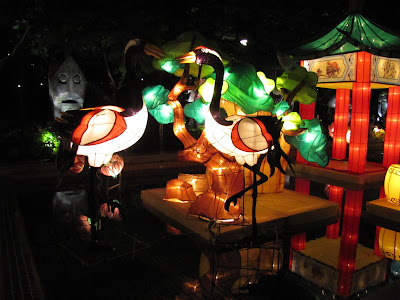 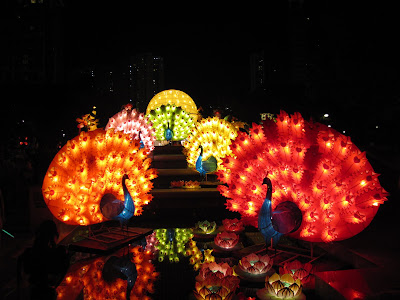 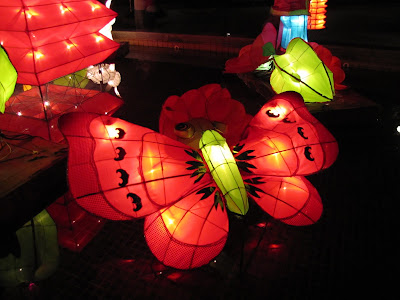 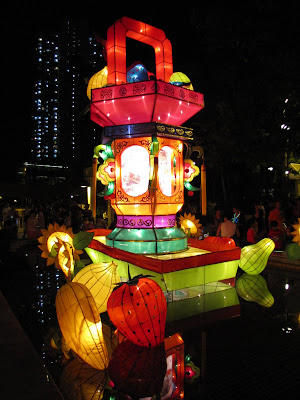 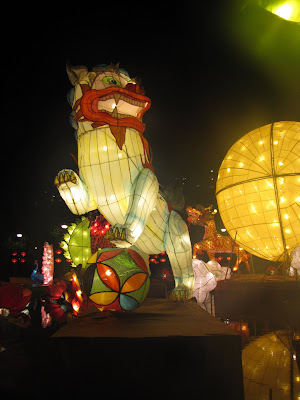 Posted by Weapon of Mass Imagination at 11:21 PM