Well it's finally over. The year of constant irritation.
Gone (hopefully) is the year where every small that could go wrong went wrong.
Don't mistaken me, some stuff has gone right in 2008. I did manage to graduate with my education degree. I did make it back to Canada twice to catch up with peoples long left behind.
Yet this was also the year that saw me have immigration problems of the dumbest sort, develop a cholesterol problem, not get paid for months and months in a row, and failing to get jobs that were easily in my capabilities and experience (namely Dinosaur Park and 4 at the Otago Museum!)
Finally as though a conclusion to this year today my labtop tried to commit suicide! I was able to save the puter part and all my (mostly unbacked up!) photos, 3D files, and Traumador content. That having been said I did have to buy a $350 monitor to sub in for it now completely dead LCD screen! Meaning it is not so much a labtop as so much as a top... or is that a lab? 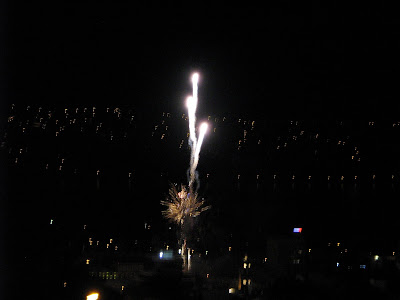 No worries as these pictures will attest. It is over. In with 2009 I say, and hope that it is a year of a different sort! 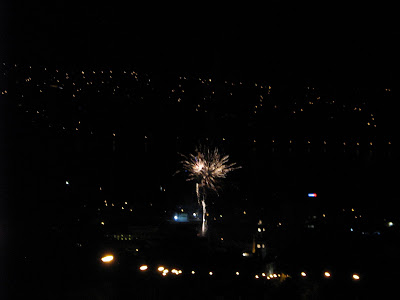 Being in one of the first countries in the world to experience the new year is kinda neat. I write this from 2009 while most of you are still asleep in the early morning of new year's eve.

Rhonwyn and I had a fairly mellow New Year's evening other than heading out to watch the fireworks at midnight (I write this literally seconds after getting home).This was on account of none of our friends having very concrete plans (or being out of town) which suited me and and my rather diminished mood just fine. I was in a grumpy state due to my puter's near death experience this morning (which for the record tends to sour one's mood I've discovered).

As you catch up to me in the "wonderful" world of the future I hope you all have Happy New Years, and I'll catch you on the flip side. Yo.

Hopefully this year is a lot better than the one just leaving!

Posted by traumador at 7:20 PM

You're writing from my future! LOL

May the paleoforce be with you Traum! It is still december 31st 8:08AM around here so I still have to wait for the fireworks

Happy New Year, and I'll see you in just over a year!