Today I got sidetracked from the things I should have been doing. The one plus is whilst sidetracked (mostly talking on skype to Canada) I was able to do some 3Ding at the same time. 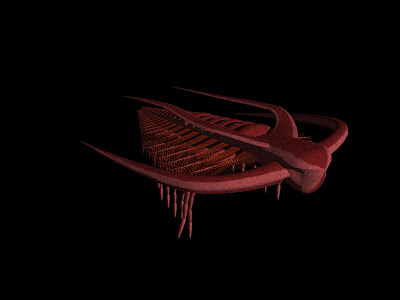 I managed to churn out this half descent Marrella. It's not finished mind you. I'm missing the antennae and the front gill "arm"... not sure what its called.

However I'm quite pleased with my solution to delicate gill strands on the other gill arms. The gills are simple up close, but from afar it does the trick nicely (and doesn't eat up render time AS bad... there are nearly 2000 cylinders acting as gill filaments, which still sadly slows things down). 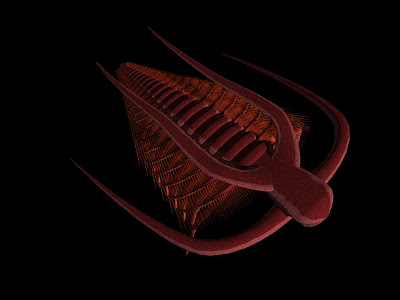 I'm disheartened as he might prove fairly difficult to animate. Which is something I was hoping to tinker with. Oh well. I'll see what can be done.

Posted by Weapon of Mass Imagination at 1:55 PM