I'm breaking into the new (second) job rather well. Tomorrow is my third day there, and with term starting back up this week I'm also starting to get booked by some of my usual skools. So I'm hoping that the slowness of last term is a thing of the past...

The only down side to this is of course I've had less time for creative things. I've combated it by being really efficient with my time usage and working on only key projects.

Today for example, despite having lots of other things to do, I also managed to squeeze in a rather impressive 3D feat in the spare time blocks between everything else. 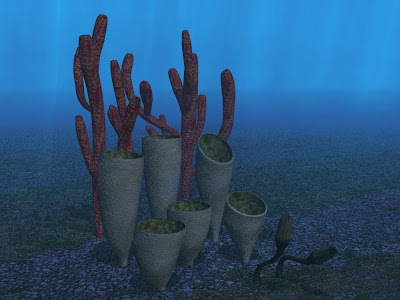 Today's project was to try and build a Cambrian reef. So the first thing I needed were the "parts" that would make up the reef. This is the current roster, but if you know anything about the Burgess Shale you'll know I'm only 1/3 done. Many more species of Sponge and Algae. 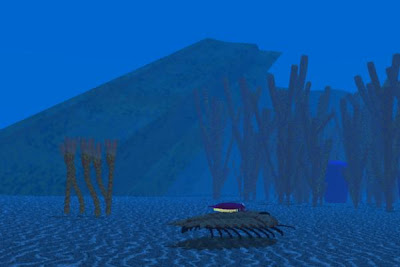 In the process of building these I stumbled upon a set of ancient files that made it over to this system from my old computer. Included in this virtual time capsule was my first attempt at building the Burgess Shale. Here it is in all its primitive glory!
`
I find it hard to fathom how far I've come on the 3Ding stuff since 2003. Yet here it is in hard form!
`
In 2003 I was rather proud of this accomplishment, but doesn't even remotely compare with my modern efforts. I guess practise does make perfect (or at least better ;p still a long way to go!). It has me rather curious as to where I'll have progressed in another 6 years time.
` 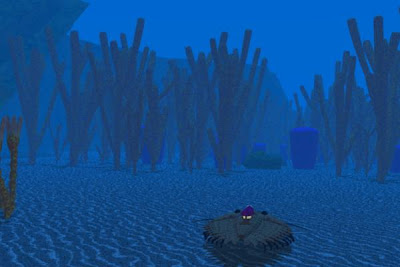 Though the "Defenders of the Reef" project died long ago, a new more exciting Burgess themed project is in the works with some of the biggest Palaeo-Art movers and shakers on the web!
Before you guess the upcoming gallery at ART Evolved, I'll warn you it's then that... You'll have to stay tuned to find out what it is though!

As proof of how much further I've come since my first Cambrian reef, here is what I turned out today after an hour and a bit of tinkering. To finish it all I really have to do is add some more species of things into the mix. 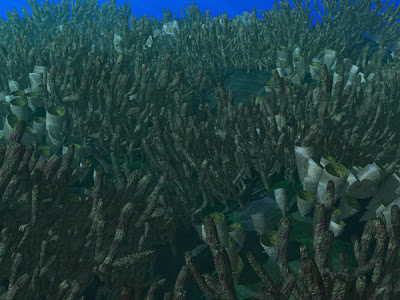 What's even cooler about this current rig, is that it is totally animatable (granted it might be slow as to render... I haven't properly tested that yet).

I guess it just goes to show I didn't really waste my time and effort 6 years ago!
Posted by Weapon of Mass Imagination at 2:01 PM

Congratulations on the employment situation...

And your Burgess work is genuinely impressive. Your thoughts about what the next six years will hold? No matter what, I bet it's something you aren't expecting!

HOLY CRETACEOUS...or is it Cambrian?!!! Truly impressive Craig!! You have, indeed, come along way!! I expect you to improve and, one day, rival Pixar or Dreamworks in CGI! Either way, it's something unexpected and great, perhaps! So, keep at it! You're doing Great!!