Toy of the Century!

Well just this week Lego was titled toy of the century. I couldn't agree more! Lego was THE staple toy of my childhood that no matter what I would always play with in the end. Well and up till present.

I'm reminded of one of my favorite corner gas moments where Hank wanting to do something to celebrate Dog Rivers Centenial decides to build a replica of the town made of lego. He needs enough lego to do this though, and starts asking people to borrow their lego. Brent of course refuses, but a scene later we see Brent's mother hand it over to Hank.

"Mom who said you could give away my toys?!?" Brent

Not that I've been able to dig into mine since the move this summer. Stupid going to New Zealand!

Well hearing this news of Lego's achievment I figured I'd take a look back at some of my favorite Lego milestones... 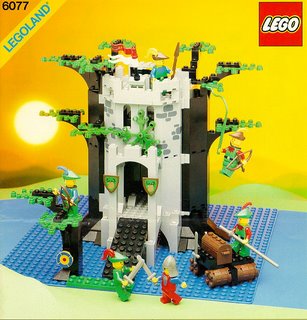 This Castle set the Forestmen's River Fortress was among my first independantly purchased sets ever. At the age of 9 I saved up my allowance for months to get this one. My dad impressed came with me, and helped me buy an additional set to supplement this one. I however bought the fortress on my own... 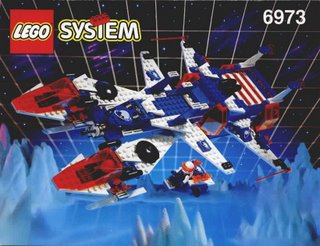 The ultimate set ever! This was my all time favorite the Ice Planet Deep Freeze Defender. I bought this when I was 12 with my lawn mowing profits. This was the last set I got from Consumers distrubitors before they went out of business. They were my hook up with cheaper sets then major toy stores... This marked the height of my lego golden age. I STILL had this ship together before the move this summer 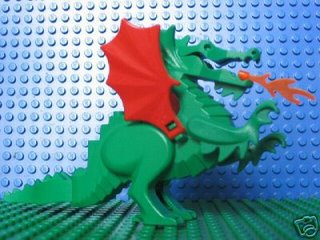 Ah the Lego Dragon the apex of the Lego critters. Getting such figs is a story in and of itself (if I ever do an autobiography Lego will be a whole chapter LOL). I loved to get all the cool specialized and weird mini figures I could. It was always a challenge for me and dad to find the cheapest sets and means of getting these figures. Among them were the lego Shark (first critter I HAD to have!), monkey, parrot, ghost, and then DRAGON! That was the longest month ever. We in Canada didn't get them till several weeks after the offical release date. Man was it worth it! 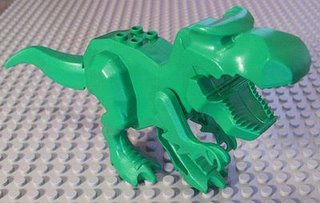 Now this was a late entry in my Lego history. At 20 yrs old I learned of THE Lego item I'd always wanted as a child. Lego Dinosaurs! Now as a kid I'd always pictured a new Caveman theme to do them, but the guys at Lego outsmarted me (granted I still think Lego Cavemen would be COOL). They comboed the Dinos with their new Indiana Jones theme from the year previous. I could only resist getting them till I had a job. My second year at kamp kiwanis become the year of Virus' Lego... Three Dino sets were the start of this kiwanis collection which grew as I purchased more staffers Lego collections. 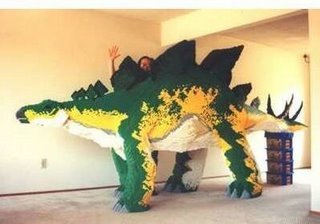 Now sadly this is not mine... However it is one of the cool Lego discoverys I've made on the internet that just shows why this stuff is toy of the century!

So here's to Lego and a glorious future! Now I just have to stay away from Batman Lego...

Posted by Prehistoric Insanity at 4:08 PM

My fave was the horse stables and the beach cafe. It came in a pink box!!

My favorite as a kid was the pirate lego! I just loved the figures. Later on in life, star wars lego was a vice. But I am definetly staying away from the batman...
Here's to Lego! My favorite toy too!

Although my brothers and I dabbled in pirates and space, the knights were always my favorite, and I really enjoyed seeing the line expand to include forestmen, Wolfpack, dragons, etc.

I still think G.I. Joe is the coolest toy ever, but I have plenty of love for the Lego.