Having passed my posting, and the primary school term ending there was only one thing to do this last week. Take a break!

Now in all honesty I probably shouldn't have taken it as off as I have been. I have a TON of stuff I need to get done for a month from now, but I have at least started to look for resources and such.

The big highlight of my one week holiday (the last holiday before the end of the year) was a fishing expedition south to the Catlins with Scott, Shannon, and Courtney. 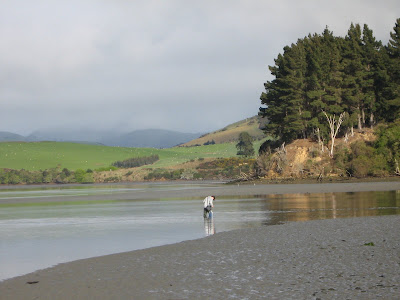 Our destination was Cannibals Bay an estuary me and Scott have fished at before. 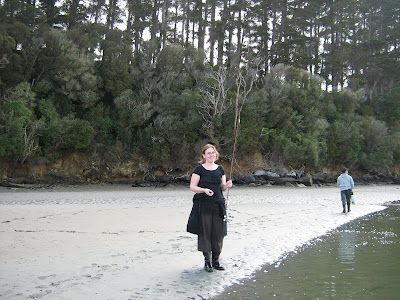 Fun was had by all. Whether partaking in the fishing or simply wandering and enjoying the beauty of the area... 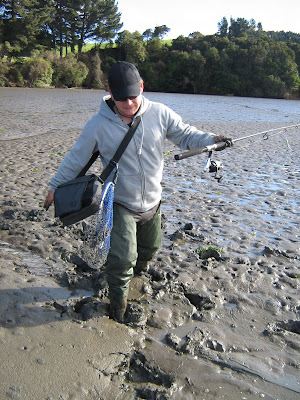 There was just a major problem fishing. There were no fish! The reason; at least we believe, is this. The area has been completely smothered in slit and fine grain washout. So much so that at one point Scott just about sunk into it. In a spot that last time we were here was a nice rocky beach.

The floods of a couple months ago probably are to blame. Washing all this stuff in here. The change on the ecosystem is clear. The only species of crab still alive are of a kelp cameo variety. There is no kelp at moment, and they stick out like a sore thumb. I figure the fish have left for the moment due to a lack of proper food. 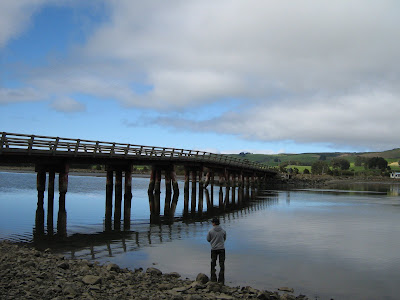 We even shifted to the other end of the bay in an attempt to catch something. Even a nibble (of which we had 2 all day). No go... 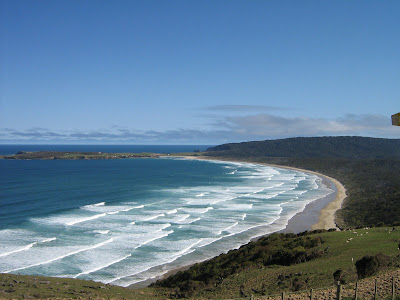 So instead we went on a sight seeing tour of the Catlins. With views of stuff like this! 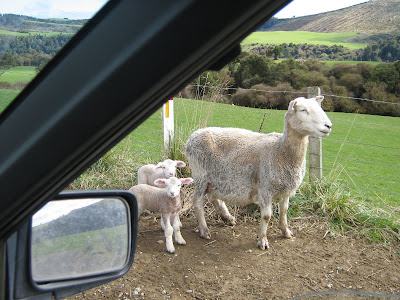 It's also lambing season in NZ so everywhere we went there were heaps of "cute" new born lambs. Their mom's can be really protective. This mom head butted our car when we stopped to look... Well okay not really, but Scott assured us it does happen. 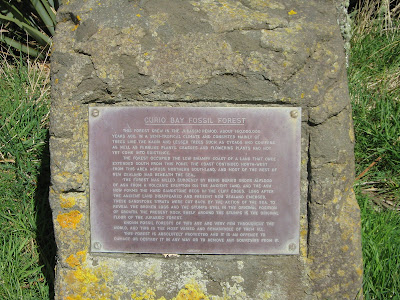 The big highlight of the day for me was the stop at Curio Bay home of New Zealand's Petrified Forest. It is among the only such fossil sites from the Jurassic (I'd never heard of a pet forest from the Jurassic before in fact!) 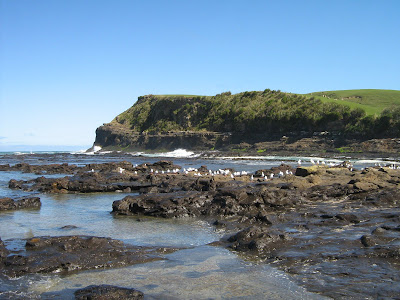 It was cool just in that the fossils were located along a rocky beach. I've never looked for fossils by or in the ocean before! 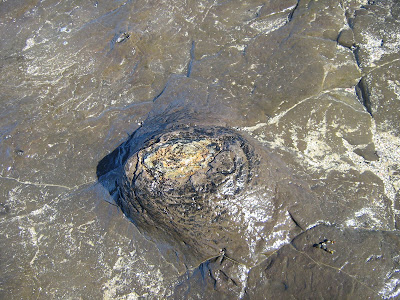 Not that they were hard to find mind you. There were two types of fossil trees. Still standing stumps like this one. 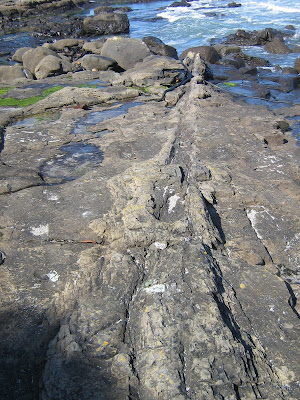 Or fallen over dead logs like this. The logs of course were the more impressive to look at. This one for example was among the longest at about 4m. The stumps more cool because you got an idea of the layout of the forest when it was alive. 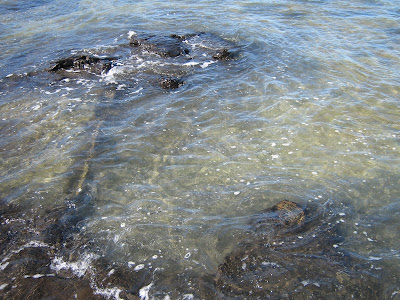 Did I mention that they were in the water to? There's 3 different fossil trees in here. Can you see all of them?

As the sign above said these were all buried in a volcanic eruption. Which explained the lack of animal fossil remains... Not that I didn't look for any! 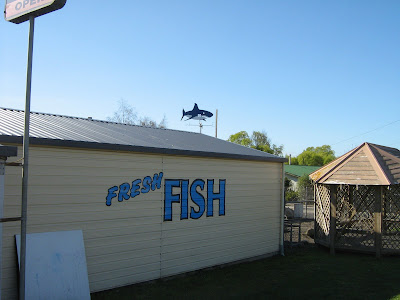 Wrapping up our out of Dunedin excursion was a stop at "one of the best fish and chip shops in New Zealand". Their specialty blue cod. Which I can say theirs was very very VERY tasty! 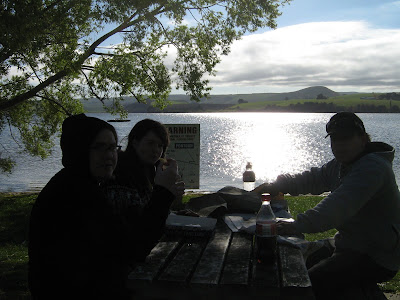 Enjoying this lovely weathered day (almost forgot to mention the weather yesterday was exceptional) with a finale late lunch by a tidal lake it's back to the world of school and kids next week.

In the meantime I need to get back on the ball, and get some work done here today and the rest of the weekend.