Been meaning to get this post up for literally months now!

My work life and situation has been the most blog unfriendly I can imagine. I'll probably post about it at some point, but not to digress from this story again, and risk more months of delay! 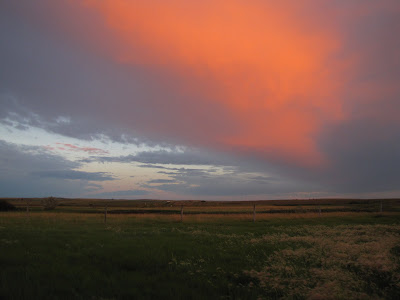 A couple takes a ever so brief summer vacation. At the end of their last full delay the boy friend pulls over into this very innocent and unassuming Saskatchewan field (due to the wind turbines you can just make out on the horizon in the photo). 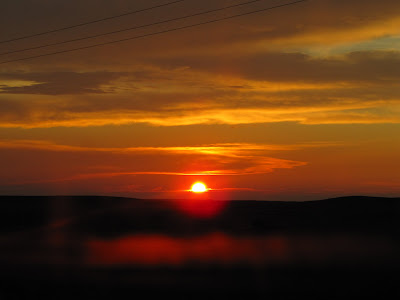 His excuse is to photograph the amazing sunset... Which he insists girlfriend take.
So that while she is distracted, he can spring his cunning trap!
Getting down on one knee so that when she turns around... 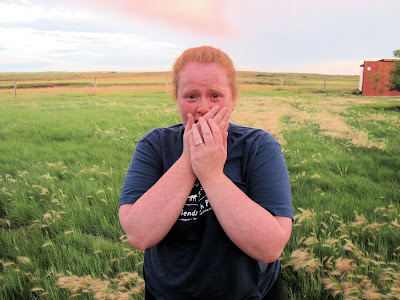 He can propose!
So as of August 1st me and Lady R got engaged! 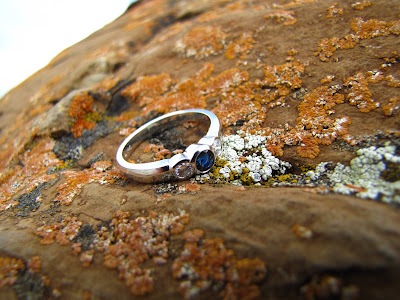 Not that it was a total surprise to her, she knew I was likely to ask the question as she helped pick out the ring (in the failure to get things properly rolling here in Canada, we discussed our long term future, and as marriage helps open a few doors for us internationally, we decided that would be our course... I just decided to have some fun setting it up :P)

However I "accidentally" gave her a false idea for when I'd have the ring. Acquiring it a full 2 weeks earlier than she thought, I sprung it on her during our Cypress Hills trip! It was quite stressful trying to organically launch into the question. Everything is a barrier yet an opportunity...

The scariest point in the trip for me (even compared to losing total vision while driving for 2 seconds going 100km) was when going for the ring in my bag I discovered Lady R's wallet on top of ring's box... She'd gone into my bag innocently, but nearly found the treasure hidden within! Thankfully the ring box camouflaged perfectly with my bag, or it would have been game over man!

Now to catch up on blogging in general in the next bit, as I have spare time again...
Posted by Weapon of Mass Imagination at 7:05 AM

Nice trap!
All the best!

Congratulations! I'm glad your ruse worked and she didn't discover the ring to ruin the surprise.