Here is my progress with it. 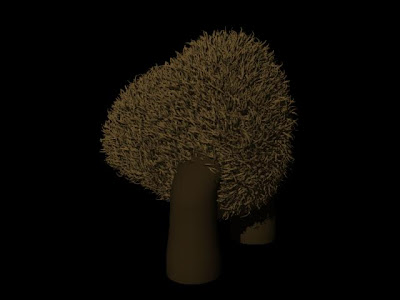 Here is how they started. 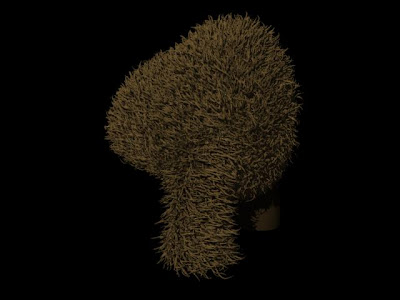 Adding hair to them I got this. Wasn't totally happy with their orientation. 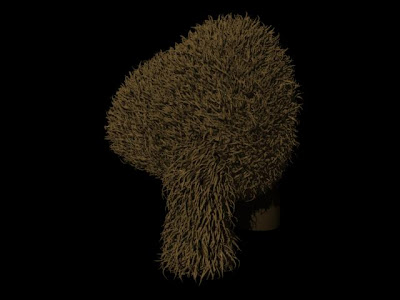 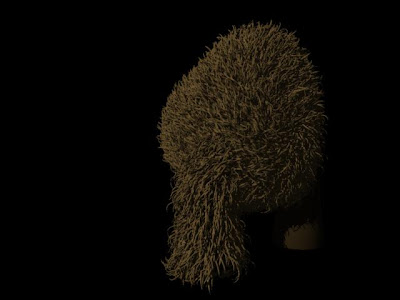 Now to add some toes. This was proving a titch harder than I thought... 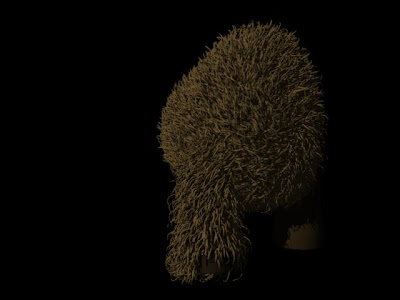 However with some patient reapplying of my replicator I cleared enough space for the toes. 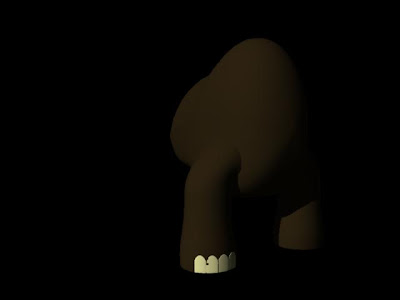 So now I had to add the toes. Which on the first go were too tight to each other. 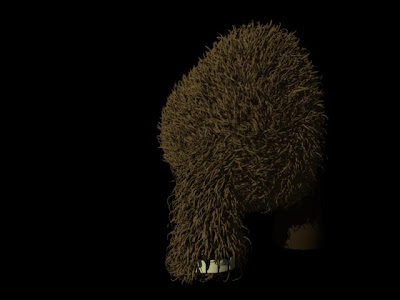 However with the hair clearing I'd done gave me the effect I was going for. 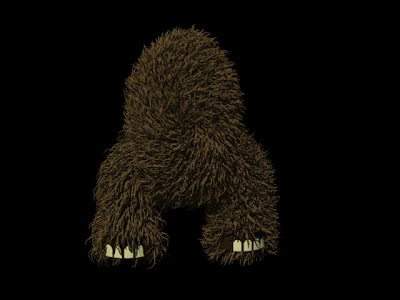 Though I'd cleared a bit too much of the shag from the inside... 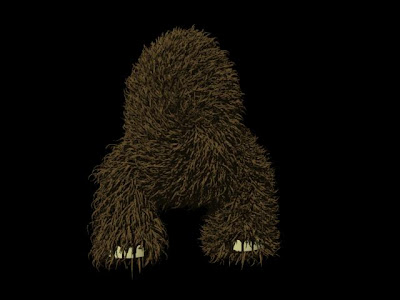 So a quick Adjeustment and we were right as rain. 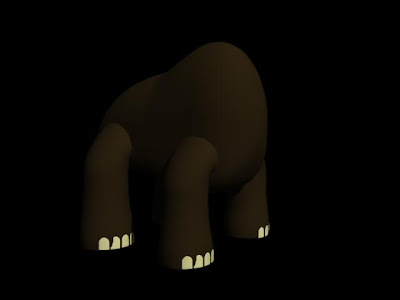 I'd almost be embrassed to post this thing as just the modelling I've done. It is nice and simple, which on one hand is kind of neat. Yet it isn't that impressive... 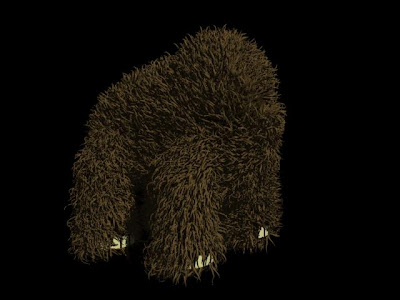 Adding my hair (which has been proving to be about 70% of my time expended) I get something rather impressive!
He is a virtual muppet!!!
Now on to the imposing task of the head...
Posted by Weapon of Mass Imagination at 6:54 AM

There's something eerie about these ones on their own!