Righteo, a Mammoth is the order of the day. I still don't have a clue what I'm aiming to do.

I do know I have NO interest in a full on scientific reconstruction of one at this point in time. Mammals bore me most of the time, and frankly I have no use for a Mammoth. So rather then enter into the very time consuming process of making a realistic Mammoth, I'm aiming for something not real...

What and how I have no clue!

So I've spent the last 40 mins playing around. 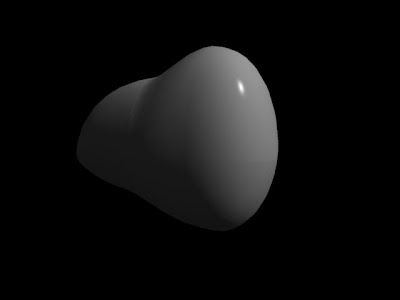 I've so far only really built the body. It is a simple thing, but should suffice for the moment. 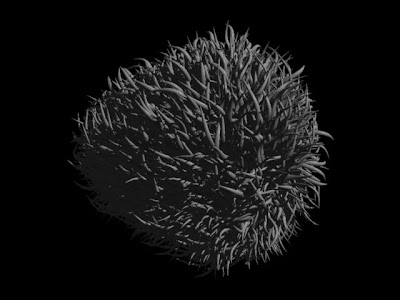 Espeically when I add the Wolly part to it, it looks not too bad. Though the Wolly was a bit too big here. 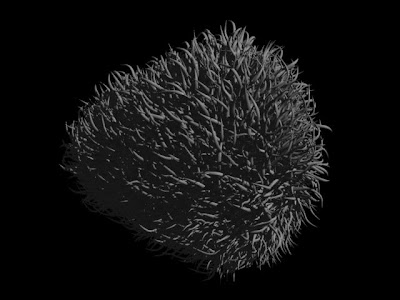 So I've just been playing with the size of the shaginess. 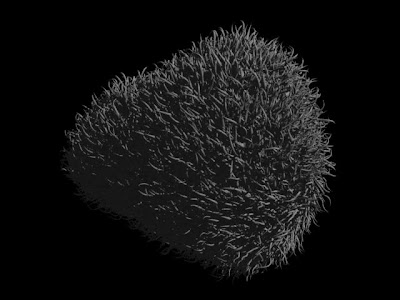 This was what I ended up deciding on. 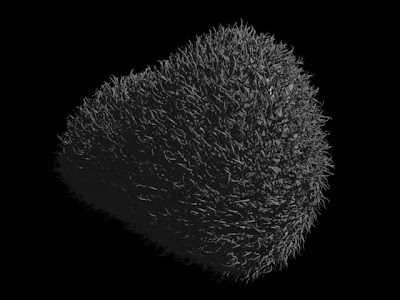 However I tried the next size down which ended up looking TOO real... 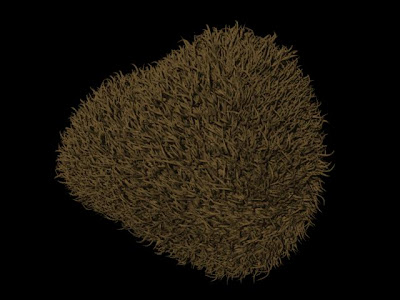 Added the shader, and I think I'm off to a good start.

I've just started on legs, but literally just started. So I'll leave them to next hours post, as I expect they'll take up the majority of that time.
Posted by Weapon of Mass Imagination at 5:54 AM