The Problem with Spielberg Movies...

I've officially hit rock bottom with hollywood recently. I don't watch TV anymore (thanks a lot Ronald D. Moore and Battlestar!!!), and movies are increasingly becoming a hard sell with me. Thankfully superhero movies as of late have been of high enough quality to keep me going to see them (though Superman Returns has dampered me on the genre a bit).

Partially due to Mike's current obsesscion with Mystery Science Theatre 3000 (which I ironically introduced him to), and my recent apathy towards Hollywood I've been watching a lot of MSK3000 and their new RiffTrax.

Now for those of you who have never heard of either of these. The basic idea is take a movie and make fun of it while you watch it. In this case they've pre-scripted and recorded this for you. MSK3000 was done with really old and BAD B movies, and you got the comedians with the movie. After they were cancelled many of the same performers have moved onto do modern blockbusters as mp3 commentary style tracks under the title RiffTrax.

What this means I now have some confirmation that mainstream movies are as dumb as I've been saying.

An unexpected, but really funny observation these guys have pointed out to me is how Spielberg movies achieve their "Spielberg" effectiveness. 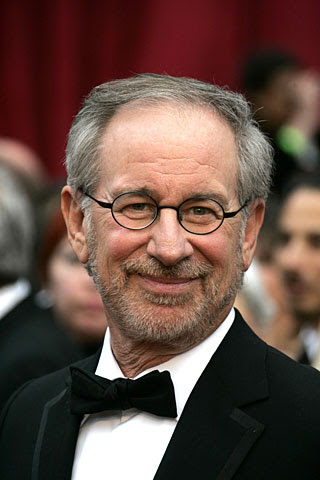 I've always wondered how Spielberg movies managed to envoke wonder or suspense in moments that other movies fail to achieve similar moods. Thanks to the funny guys at Rifftrax I now know the secret, and it has ruined Spielberg. If you wish not to laugh everytime you watch one of his movies than stop reading...

His trick is to have people stand around and stare a LOT... 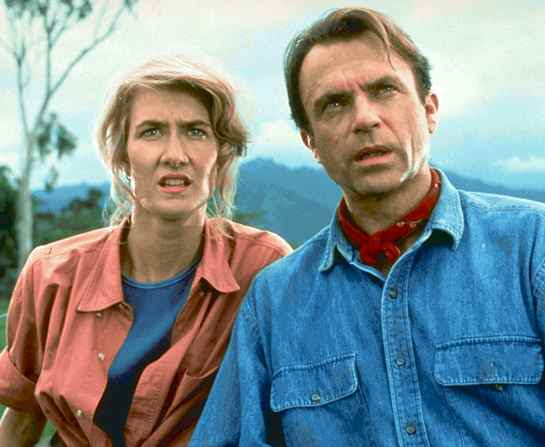 It makes sense that this would heighten your sense of curiosity or suspence. In real life someone would say something!!! You get wigged out by the unnatural silence from everyone on screen.

However after watching The Lost World in the background of packing I couldn't help but laugh now that I've noticed this. JP2 has at least 7 good silent stare moments. Not only does stop the flow of the movie, but it eats up precious time to make Spielberg movies seem longer.

So now whenever I see wide eyed starring towards off camera I can't help but chuckle and crack some Rifftrax lines.

Posted by traumador at 7:28 AM

Yes, that's me! I helped sour Craig on movies! Ask me how!

If you'd like to see the patented Spielberg "people looking at things" riff from the Lost World, go check out this clip (around 5:00):

You can't spoil Speilberg for ME, Craig! Now I know what to put in my movies - people staring off into the distance! Everyone in my movie will do it! Thanks! Muah hahahahaha!