Well it's about time!

Al Franken of Saturday Night Live fame has finally announced his official intentions to enter American politics. Now if you're unfamiliar with his career this may sound far fetched.

Yes American politics are a joke at moment, but why send a comedian? you might ask.

Well Mr. Franken in the last several years has been an outspoken critic of the rightwing in a period of time where that has not normally been allowed. He has done a great deal of academic research that shows Neo-Conservatism to be the shame that it is.

In essence Al Franken is a sharp contradiction to the norms of modern American (and the world as a whole) politics by having clear and well defined views, and the intellectual knowledge to BACK them up!

Let's just hope after his tour in the Senate (as a Democratic representative from Minnesota) he'll think about the big job at the top... 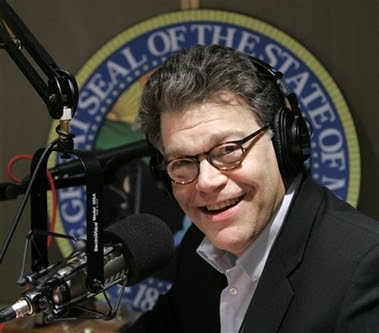 Posted by Prehistoric Insanity at 2:49 PM